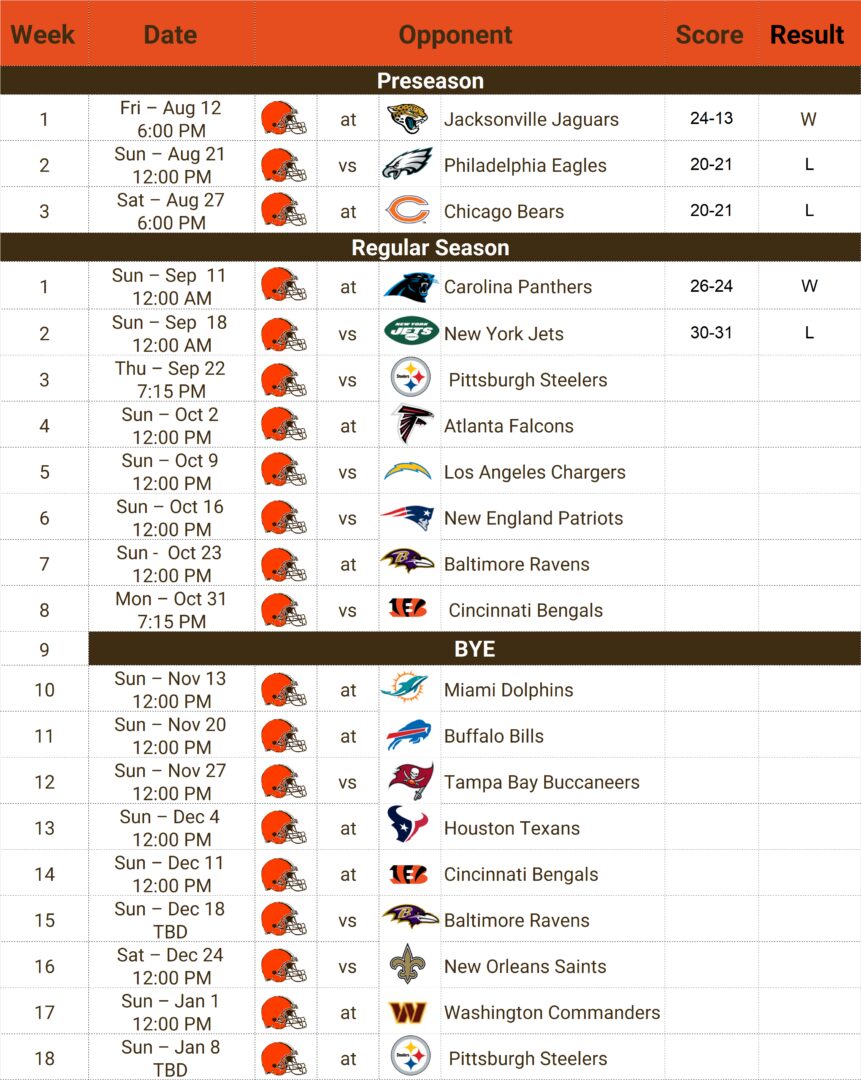 Join Us for Kickoff!

Find a Backers Club Near You

Whether you are a Browns fan living in the San Antonio area or just visiting the Alamo City, join us for kick-off at Conroy's Bar & Grill! On any given game day, 70 to 150+ Browns fans come together, with the highest attendance for Steelers games. All are welcome, members and nonmembers alike.

OH WHAT A NIGHT!

The Browns' win over the Steelers and the Guardians' sweep of the Chicago White Sox have placed both teams in first place in their division.  When was the last time that happened you might ask?  The final day of the 1995 MLB season.

We will be selling tickets for a members’ only raffle benefitting our local charities.  The winners will be announced at halftime of the Browns vs. Bengals game on October 31 and you need not be present to win.  Tickets are $10 a piece and the first prize that will be drawn for is a hand crocheted orange, brown and white blanket (thank you Linda Pike!).  After that we will draw 4 more names that will win a Brian Sipe, Jack Conklin, Jacob Phillips or John Johnson autographed jersey (thank you Sid Marti!).